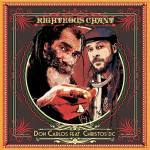 Special thanks to Universal Audio for creating the Apollo Twin – a great little interface and DSP!  When I shot this video I was on tour in California and had my mobile dub lab with me – a slimmed down version of my home studio made possible by tech advancements in storage drive/read write time, processor speed, supplemental DSP, and Ableton Live.  For this mix I used UAD’s Echoplex EP-34 (vox delay), Roland RE201 (instrument delay + spring reverb), and DBX-160 (master bus compression).  A bobcat killed a jackrabbit about 10 feet in front of me shortly before this take – wild California!  This is my 2nd mix featuring Don Carlos – the first was his special guest appearance on Rebelution’s Count Me In Remix EP – the follow up to 2014’s worldwide best selling reggae album.